Machine Language for the Absolute Beginner 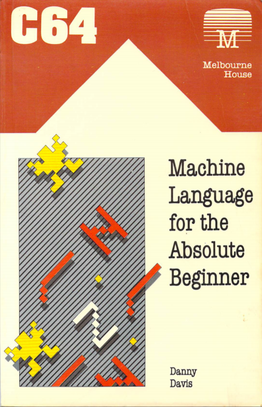 As the title suggests this is a book for the absolute beginner in machine language/assembly. It opens with three chapters which focus on the basics of assembly: first a broad look at assembly language, then a look at addressing modes and memory, and finally a section on binary and hexadecimal and why that is relevant to programming computers.

Chapter 4 gives an introduction to ALPA (Assembly Language Programming Aid), the software listed in Appendix 13 which can be used to enter the code in the book. It's not a bad program for testing out the examples, but you'd probably have more joy using a more feature-rich assembler (or a PC-based cross-assembler).

Once you've got to grips with using ALPA, the book begins to step through all the different elements of assembly language programming. There's nothing too deep here - the focus remains on clear examples of the standard methods for programming in assembly. There are chapters on addition/subtraction, looping, storing data, indexing etc.

Later on the book takes a closer look at the processor status flags and the stack before finishing with a brief overview of the kernel and interrupts. It finishes up with a relatively comprehensive appendix of reference material useful for programming (hexadecimal conversion tables, a memory map, kernel routines, key codes - that sort of thing).

As mentioned earlier, this book doesn't go into any real depth with the subject matter, but that's fine: it is aimed at the absolute beginner after all. And if you've never even heard the word 'hexadecimal' before then this is probably a good place for you to start. However, anyone who has touched on assembly language before may find little of use here - the Jim Butterfield book is probably a better read in that case.
Buyer’s Guide
While this doesn't appear on eBay too often, it shouldn't usually set you back more than about £5 at most - and expect to see it for less. There are often copies available through Abebooks too for around the £5-8 price band.